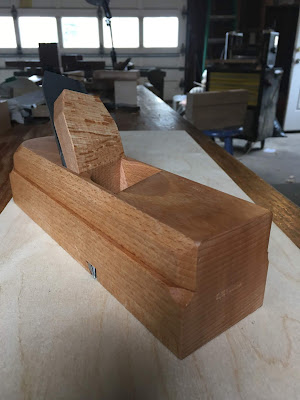 It's been a while since I posted about a new plane, but this one's pretty unusual, and pretty interesting to make. Badger planes were very popular in Great Britain in the 19th century, but never really caught on in North America. They were typically used for planing large rabbets and making raised panels.

A badger plane is a top escapement rabbet plane, which means that it shoots the shavings out of the top, just like a bench plane.  The mortise of a badger is not only skewed, it's rotated 10 degrees about its vertical axis. If that's making your head hurt, perhaps some pictures will help.


I didn't take many pics during the construction of the plane, but here are a couple that show the rotation and skew. 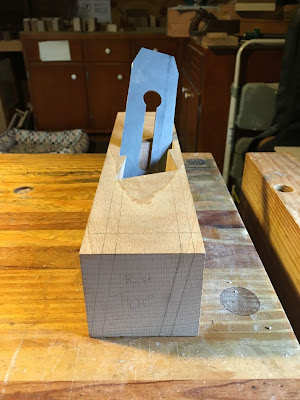 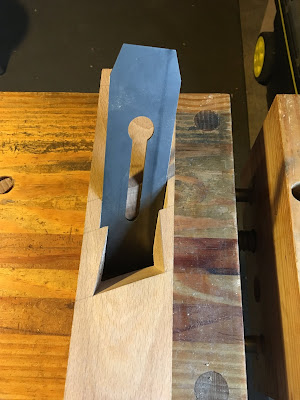 Here's a shot of the wedge in mid-construction. I'm using a gouge to rough out the ramp; afterwards I'll finish with a chisel. 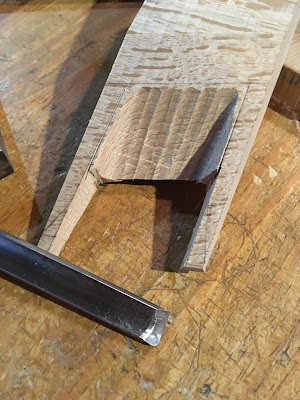 The cutting iron and cap iron both need to be skewed of course. Making a skewed cap iron from scratch was simpler than I expected, and much easier than trying to modify and existing cap iron. 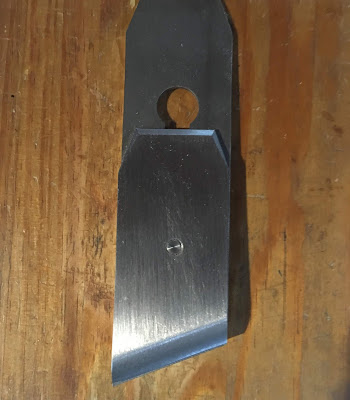 Once the mortise was done, it was time for the body details. I built this plane for the purpose of finishing the grips of side escapement planes, so I decided to make it unhandled and 10" long, basically a large smoother. I have read on the Interwebs that badger planes have to have handles, but if we go to primary sources, we see that's not true. Here's a clip from the 1909 Preston catalog, which listed badger planes in both smooth and jack sizes, the latter with three different types of boxing! Ah, the good old days.

Anyway, here's a shot of the heel of the plane, which is quite comfortable actually. There's also a step cut into the right side, which makes the heel smaller and easier to hold, and also makes the mortise appear more symmetrical when viewed from above. 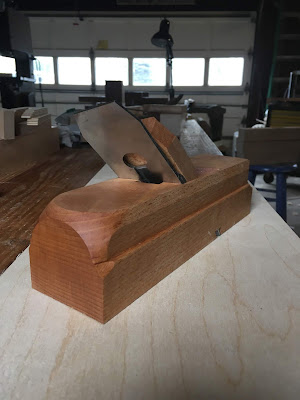 As I mentioned, the badger plane was popular in Britain but never really caught on here. I'm not sure why. The badger excels at making large rabbets that are tear-out free. That's not something that's needed in typical furniture making, but for a planemaker it's essential. There are a couple metal planes designed to do this job, but they don't do it as well. The Stanley 10-1/4 or 10-1/2 can plane large rabbets, and the double iron will control tear-out better than any other method, but the lack of skew makes the plane harder to push. Similarly, the Stanley 140 will plane a wide rabbet, and the bevel up iron can be sharpened with a steep angle to combat tear-out, but that high angle makes the plane a bear to push, and the block plane format is not ideal for heavy work.

The badger on the other hand combines skew, a double iron, and good ergonomics to make easy work of those wide rabbets. To close, here's a short video clip of the plane in action.