Ruminations on Social Media in Woodworking

If you read my blog, chances are you saw Mortise and Tenon's recent post "Keep it Real," in which they announced their intention to abandon social media (Instagram, Facebook, Twitter). The post generated a lot of conversation, especially on…wait for it…social media. I found it thought provoking, and much of it rang true, especially this paragraph:

I eventually got myself down to 15 minutes per day of social media usage: enough for one post and a few responses. It felt so good. I was regaining my life back. In the meantime, however, I noticed Facebook and Instagram moving toward greater and greater control of their users' experiences. It’s no secret that these companies design their platforms to be as addictive as possible. Even many stable and well-balanced people, who are otherwise quite resilient individuals, find themselves sucked into the social media vortex. The hasty skimming and instantaneous reactions that these platforms foster leave no room for reflection within the apps themselves. If you don’t respond instantly, the post will fade away into your feed, likely never to be seen again. Despite the fact that, as of this writing, it is still possible to manually search for that inspiring photo on the author’s page, how often do we do this? In reality, 99 percent of the time we experience the app as it was designed to be experienced: as endless scrolling, feeding emotion-driven gut reactions.

I've never belonged to Facebook or Twitter, but for five years I've regularly posted on Instagram. When I started, it felt like there was a real community of hand-tool oriented woodworkers. I had lively debates with fellow toolmakers; I made some real-life friends, and customers found me. Most importantly, I had total control over the content I wanted to see. Back then, Instagram's feed was chronological, there were no ads, and no "suggested" posts (unless you went looking for them).

But since Facebook bought Instagram, they've methodically transformed it into what my wife calls "Facebook in pictures." An algorithm determines the order of the posts I see, ads are everywhere, "suggested" posts are forced on me, and finding older posts to view again has gotten to be more and more of a chore. It's simply not much fun any more, and I regularly feel manipulated--which makes sense, because that's really the goal of the platform now.

At the same time, there's some irony here. My business has certainly benefited from Instagram exposure, and Mortise and Tenon Magazine probably wouldn't even exist in its current form without social media: Joshua Klein, I would argue, built that publication largely on the strength of his social media presence.

So, I'm not quite ready to walk away from Instagram completely, but it's time to recognize that things have changed. The idea of an Instagram-driven community of hand-tool lovers was always a bit of an illusion--the people preaching the loudest about community were always focused on building their careers as "influencers"--but now the illusion, for me at least, has been completely stripped away. I'll continue to post occasionally, but I'm going to gradually disengage and minimize the amount of time I waste there.

At the same time, I plan to re-center this blog as the primary way I communicate with the woodworking community. For the new year, I've updated my blog roll, I've added an RSS feed gadget in the top right corner (so you can add me to an aggregator like Feedly if you want), and most importantly, I'm posting more often.

Blogs seem pretty old fashioned these days, and they can't compete with the real-time, frenetic pace of social media. But they offer some clear advantages. Ideas can be explored in more detail, and blog entries are easy to find again, unlike social media posts. There are no ads (at least on my blog, and most that I follow). There is no additional content that is forced upon you. For all these reasons, I wouldn't be surprised to see blogs flourish again, as more people are turned off by the ever-more oppressive manipulation of social media.

What are your thoughts? Feel free to chime in below.

2020 ended on kind of a down note--my octogenarian mom took a spill, and I ended up taking about 8 weeks off to travel back to the midwest to help her recover, and ultimately bring her back to PA to stay with us for a while. The pandemic made all of this much tougher, but I won't complain because so many people are hurting so much worse. I'm in good health and no one close to me is dead or dying of Covid, so I feel very lucky.

In any case, these travails doubled my current lead time for planes, to about 6-7 months, so that's something to keep in mind if you're planning on ordering. So far, all my customers have been incredibly understanding and nice about this--yet another thing to be grateful for.

2021, on the other hand, started with a bang! I've been looking for a mill for a couple years, and I finally got one in the first week of January. Everything just fell into place very quickly.

The mill (pictured above) is a mid 1960s Bridgeport J-head. Most unusually, it has a single phase motor, which makes life a lot easier. It also has DRO and came with a vise, full set of collets, and a bunch of accessories. Quite a deal!

Having a mill will allow me to make more of my irons and hardware in-house, and will speed up production of my planes a little bit. It's not a magic bullet--no machine is, for planemaking requires a ton of handwork no matter how you slice it--but it will help me towards my goal of getting more planes (like plows and fillisters) into production. It's also going to be a lot fun for me: I worked my way through grad school in a machine shop, and a Bridgeport J-head was the first mill I ever used…so this is a bit like having an old friend in the shop.

Moving the mill--which weighs about 1900 pounds--was kind of an adventure. I called up some professional machine riggers, and the only quote I got was for over two grand to move the machine 55 miles down the highway. Forget it. I rented a truck from Enterprise and a drop-deck trailer from Sunbelt, and moved it myself. The key was to use a pry bar and shims to gradually raise the mill up on 2 x 4 blocks, then slide pieces of black iron pipe underneath. On a level surface, it's easy to roll the mill on pipe.

The next time  try this, I'll get a come-along--it would have, ahem, come in handy for non-level surfaces. I was able to use a ratcheting strap for the same purpose, but the real thing would have been nice.

Posted by Steve Voigt at 7:09 PM No comments: 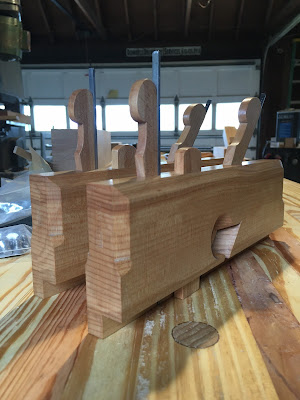 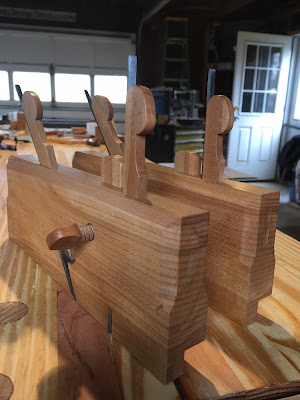 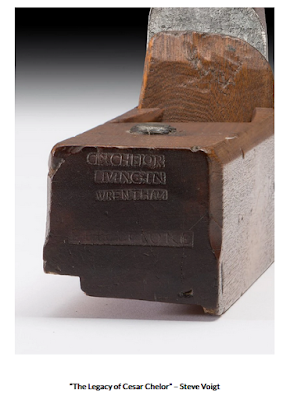 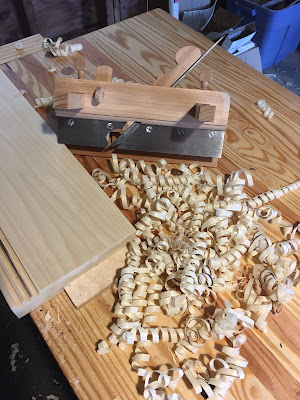 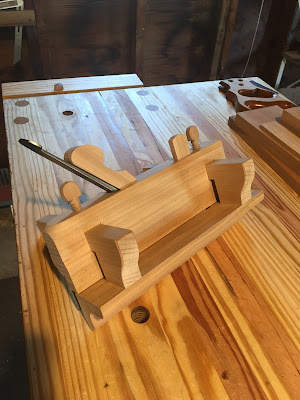 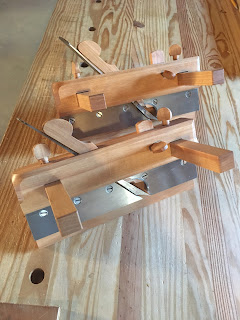 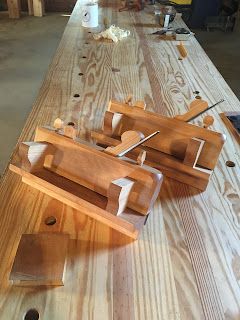 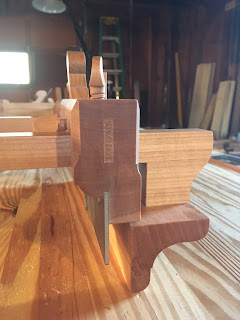 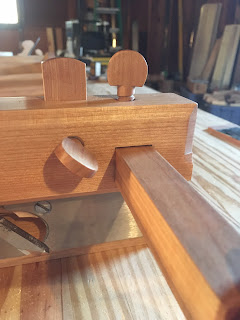