I just finished up a new coffin smoother made from goncalo alves, a South & Central American wood prized by many planemakers, including Phil Edwards (Philly Planes). The plane uses a vintage, probably late 19th century, Buck Bros. double iron. Below is a sort of diary in pictures from making the plane. Hope you enjoy it! 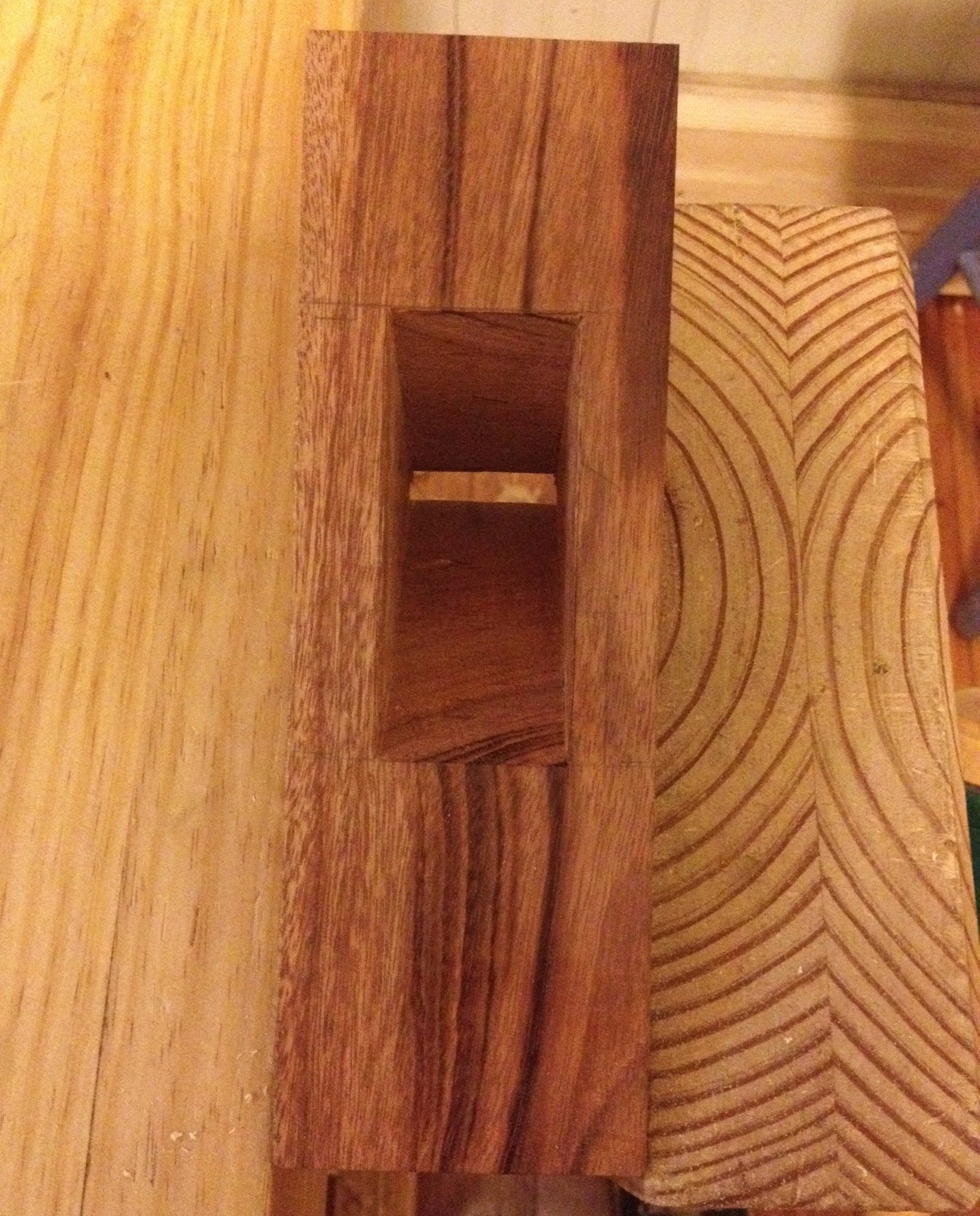 Cutting the slots for the abutments. 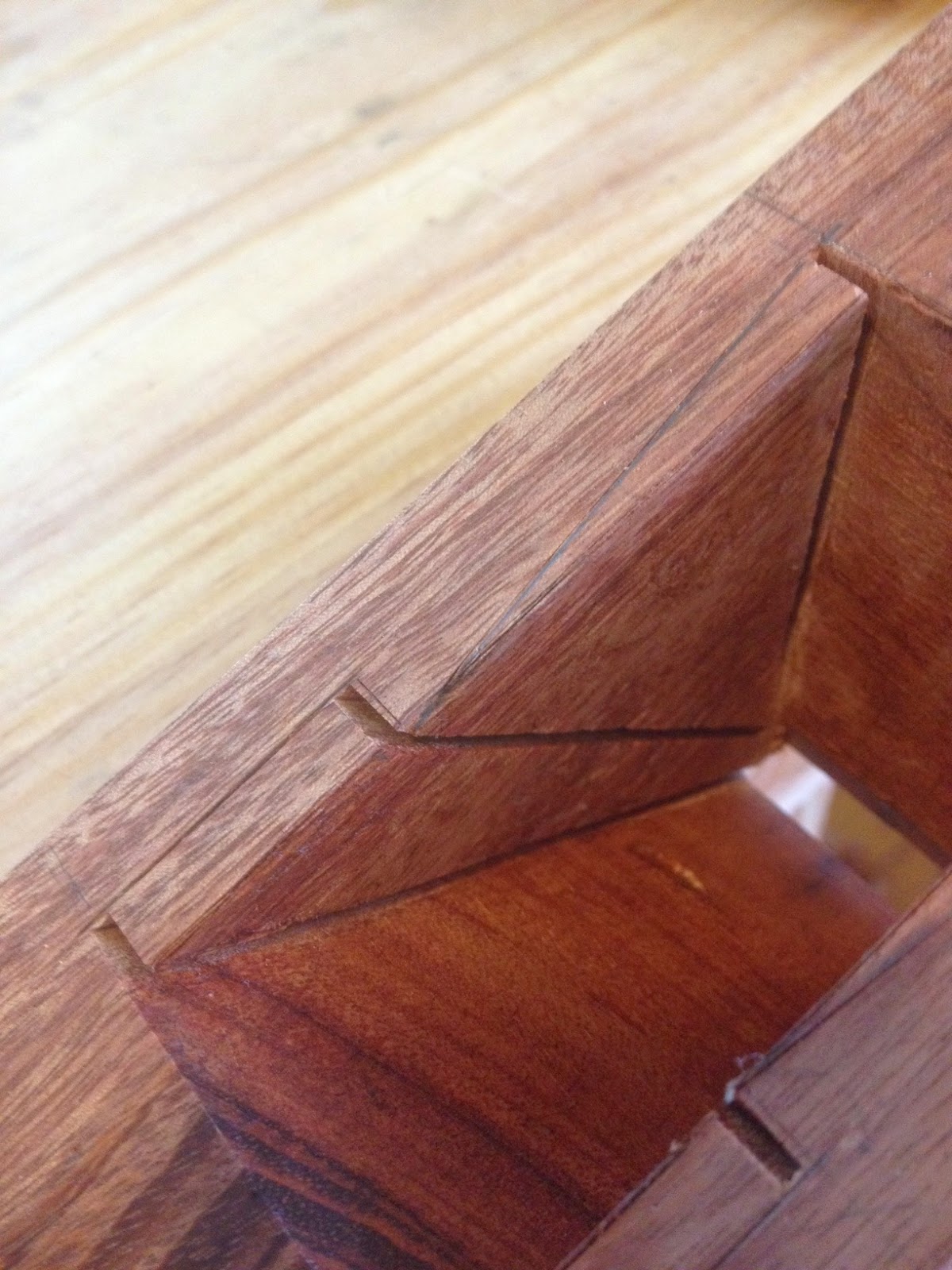 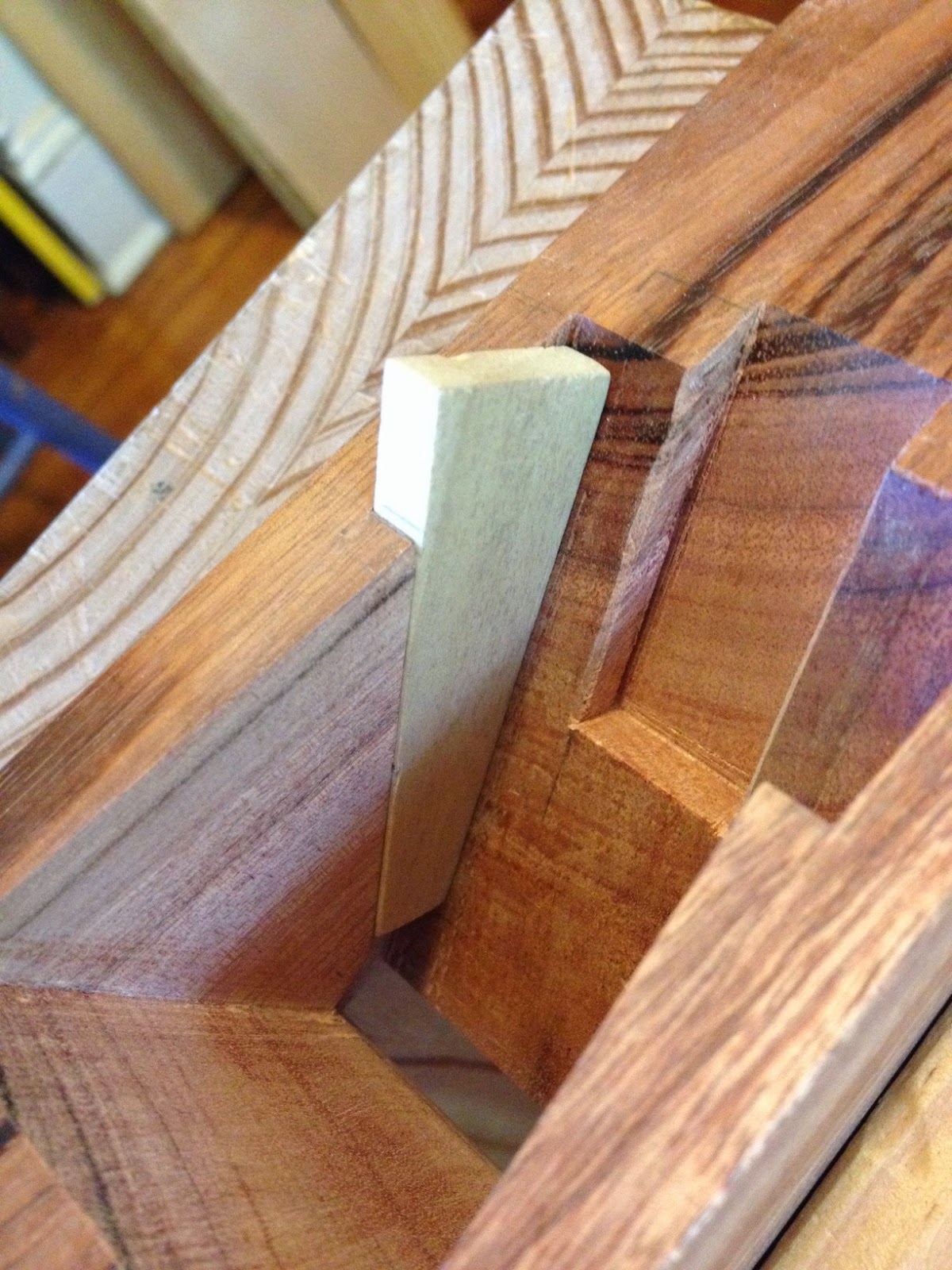 Making the wedge (it starts out very long, so there's something to hold on to). 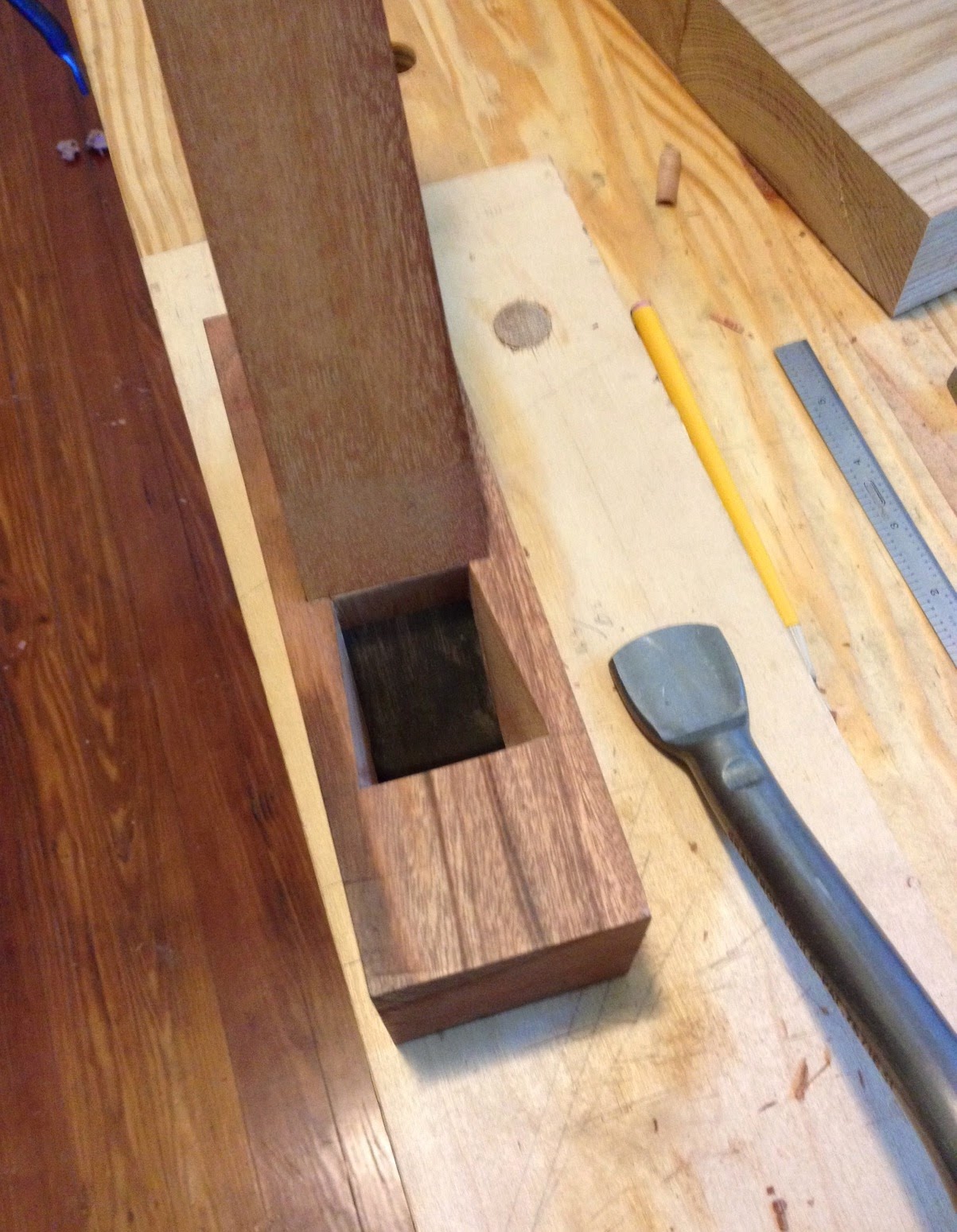 Testing the plane while the body is still square. 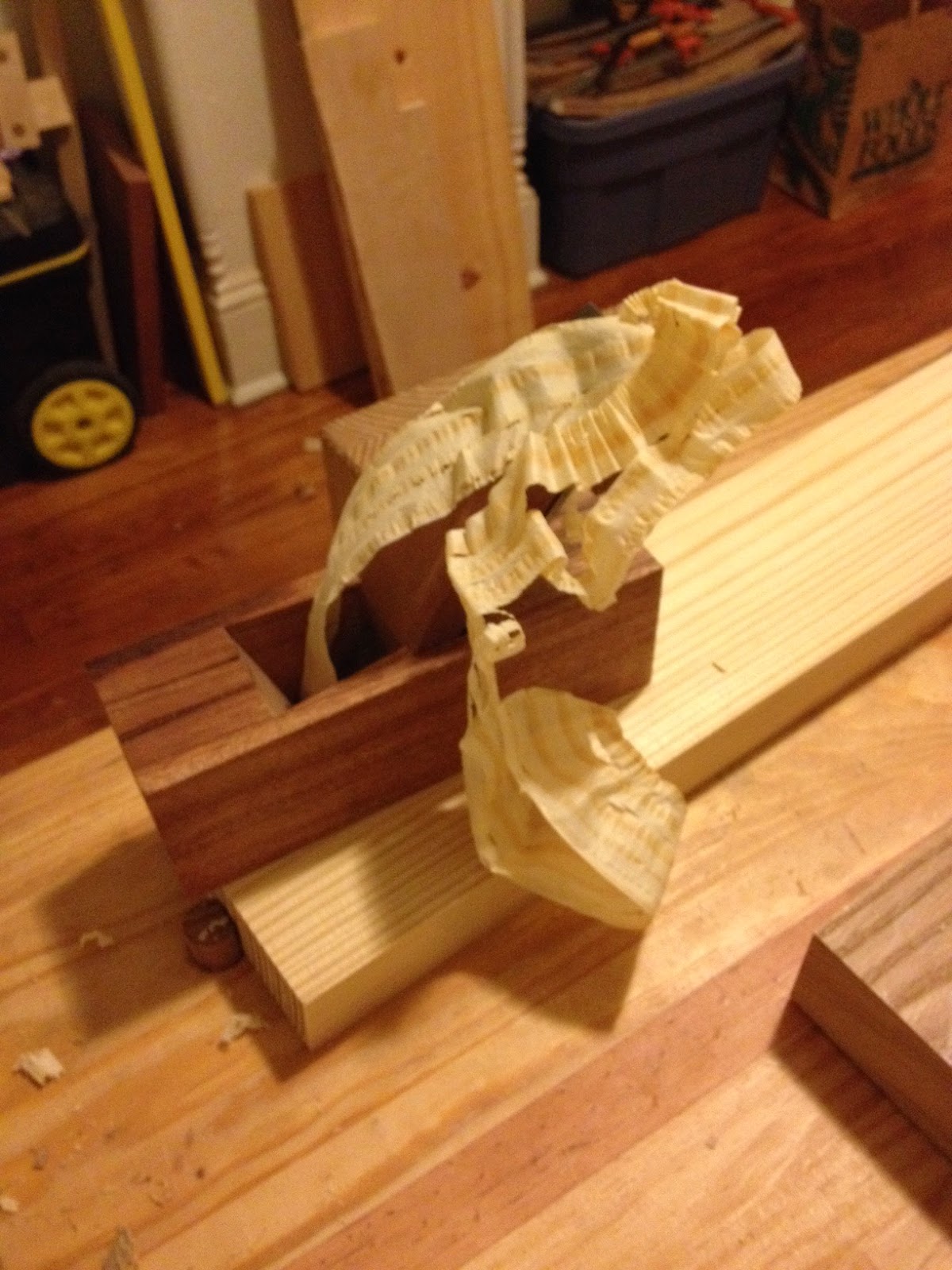 The body cut and planed to the coffin shape. 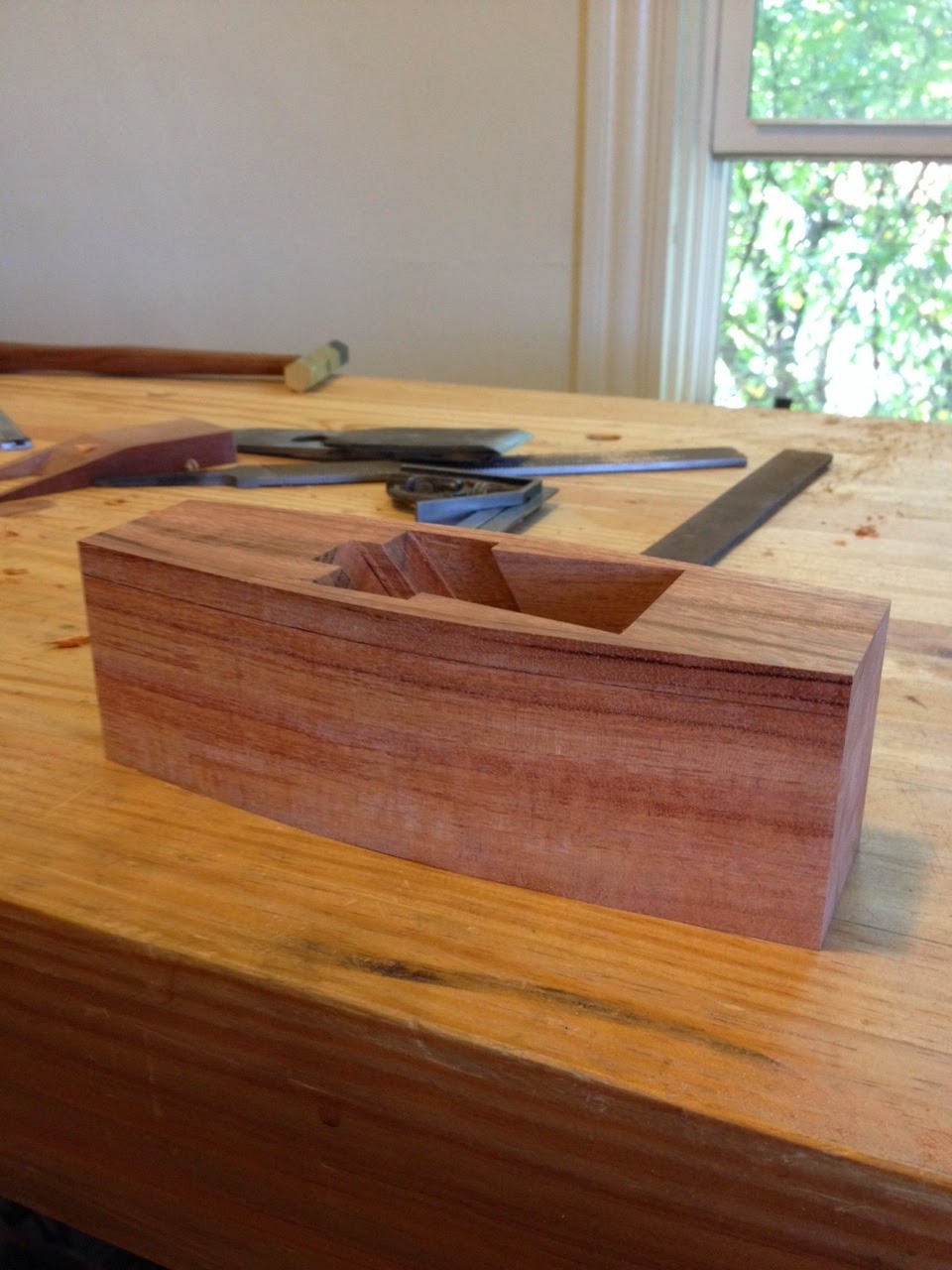 Marking out the arcs for shaping the back. 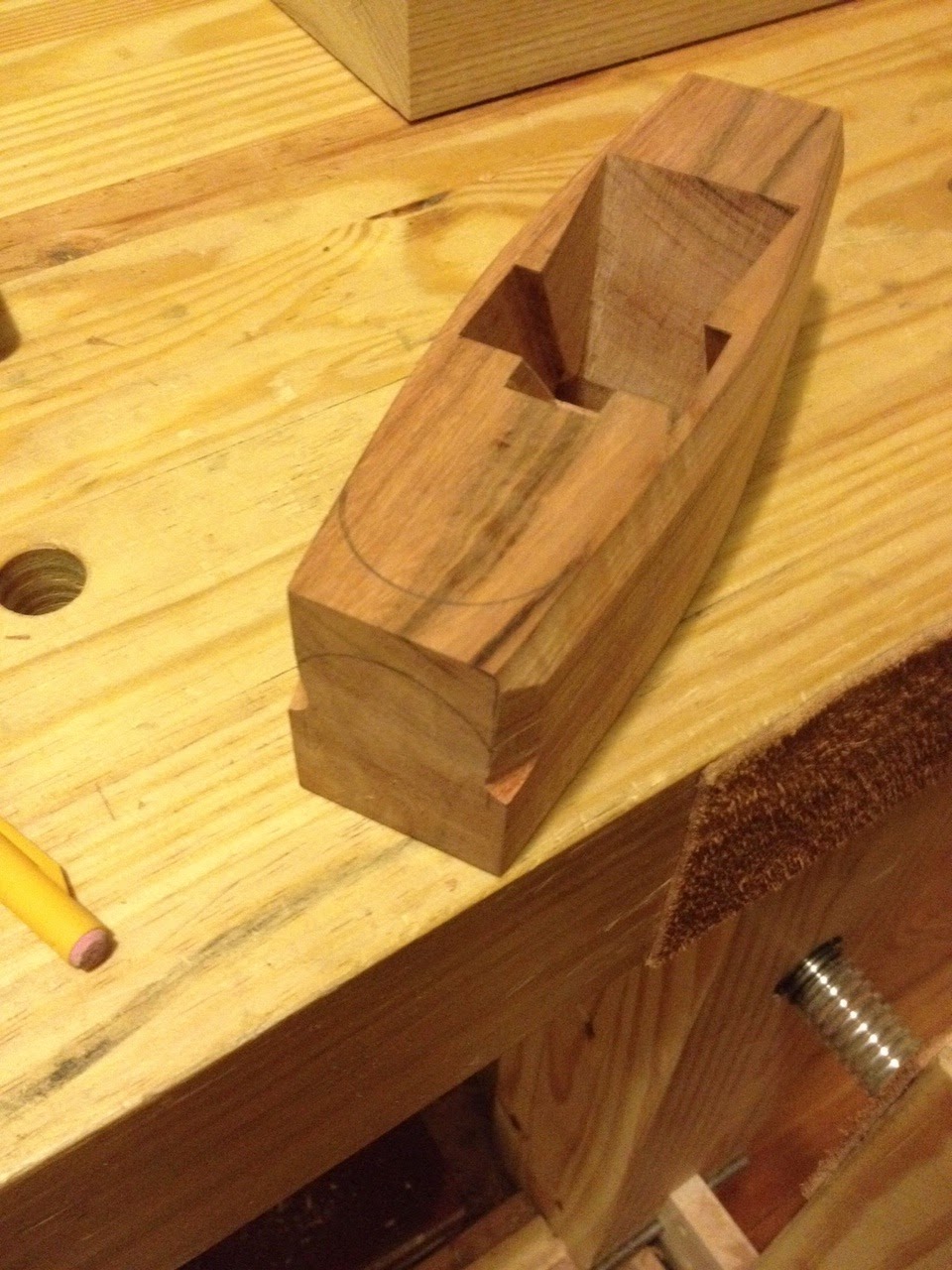 The finished plane after two coats of oil. 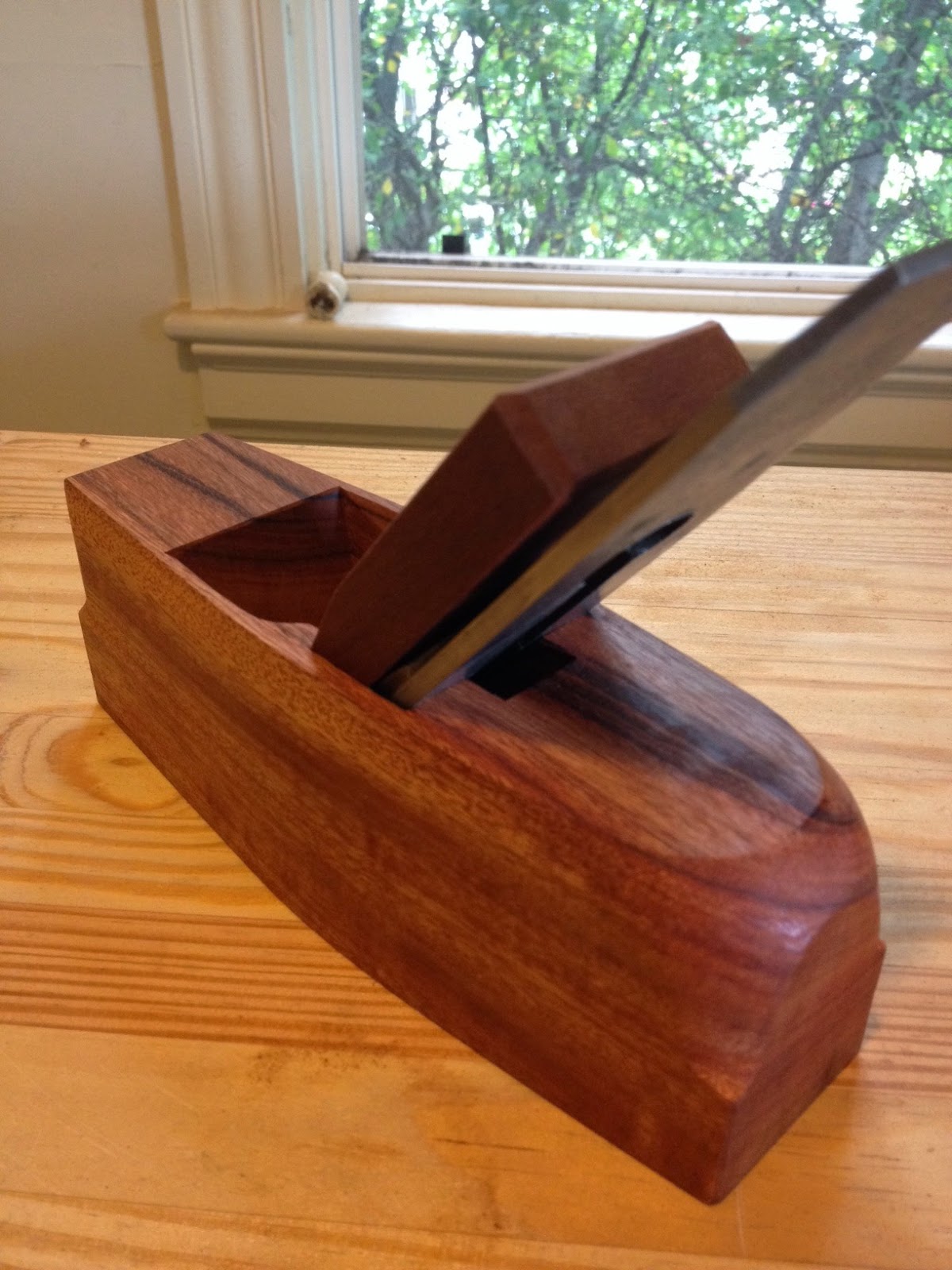 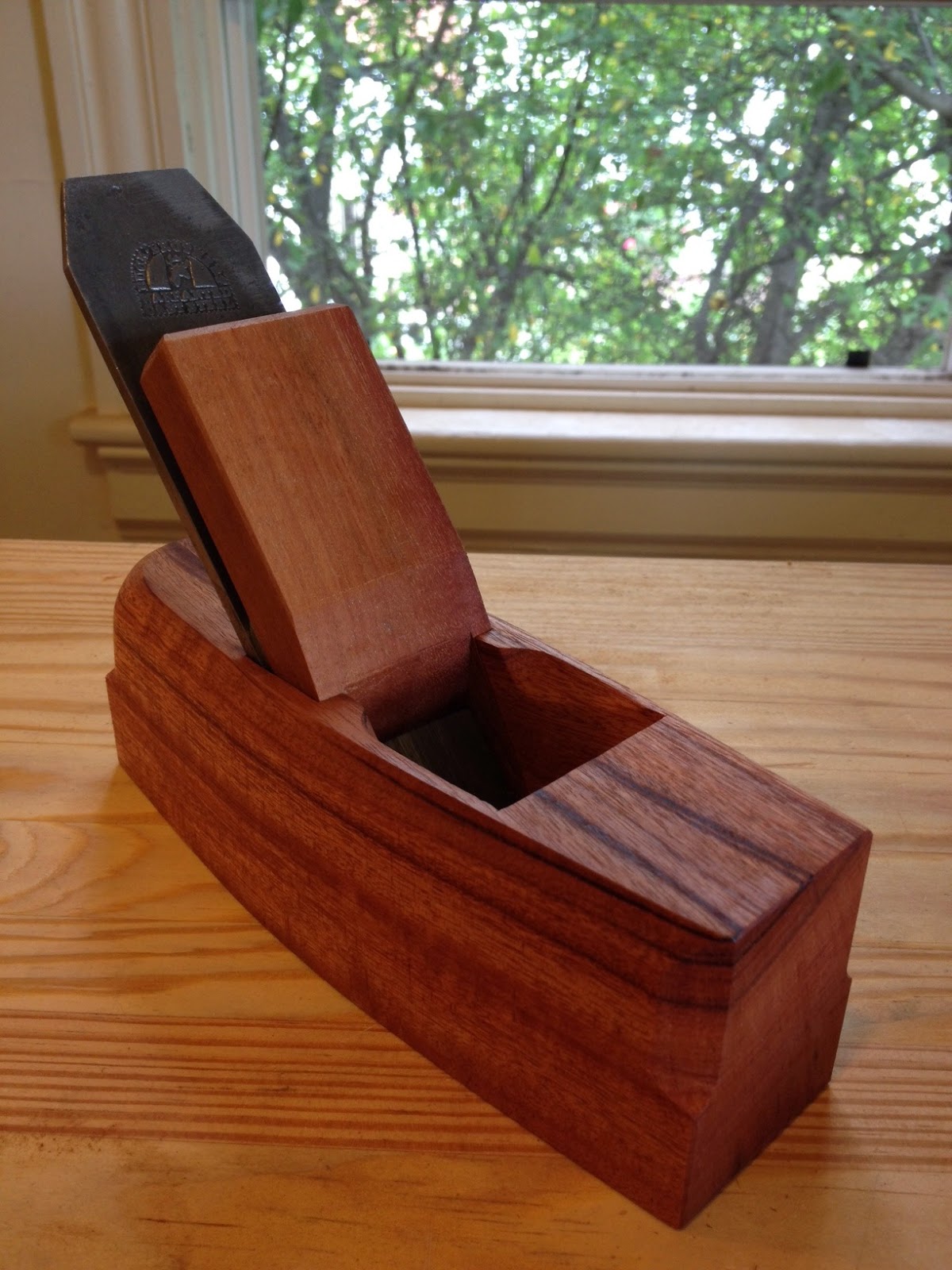 Final testing on a piece of Ipe, one of the nastiest woods to plane that I know of. 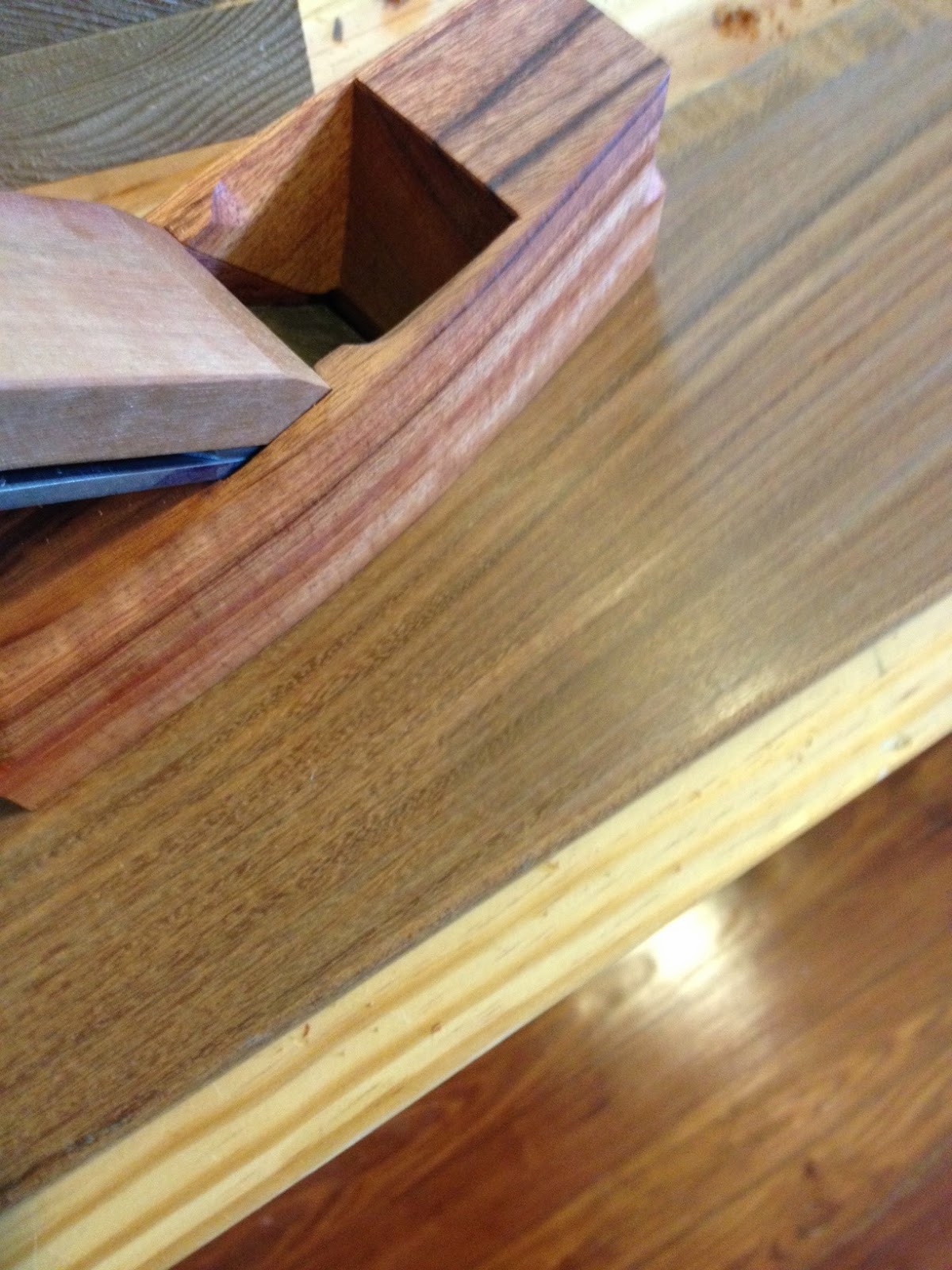 Thanks for looking.
Posted by Steve Voigt at 7:11 PM 2 comments: