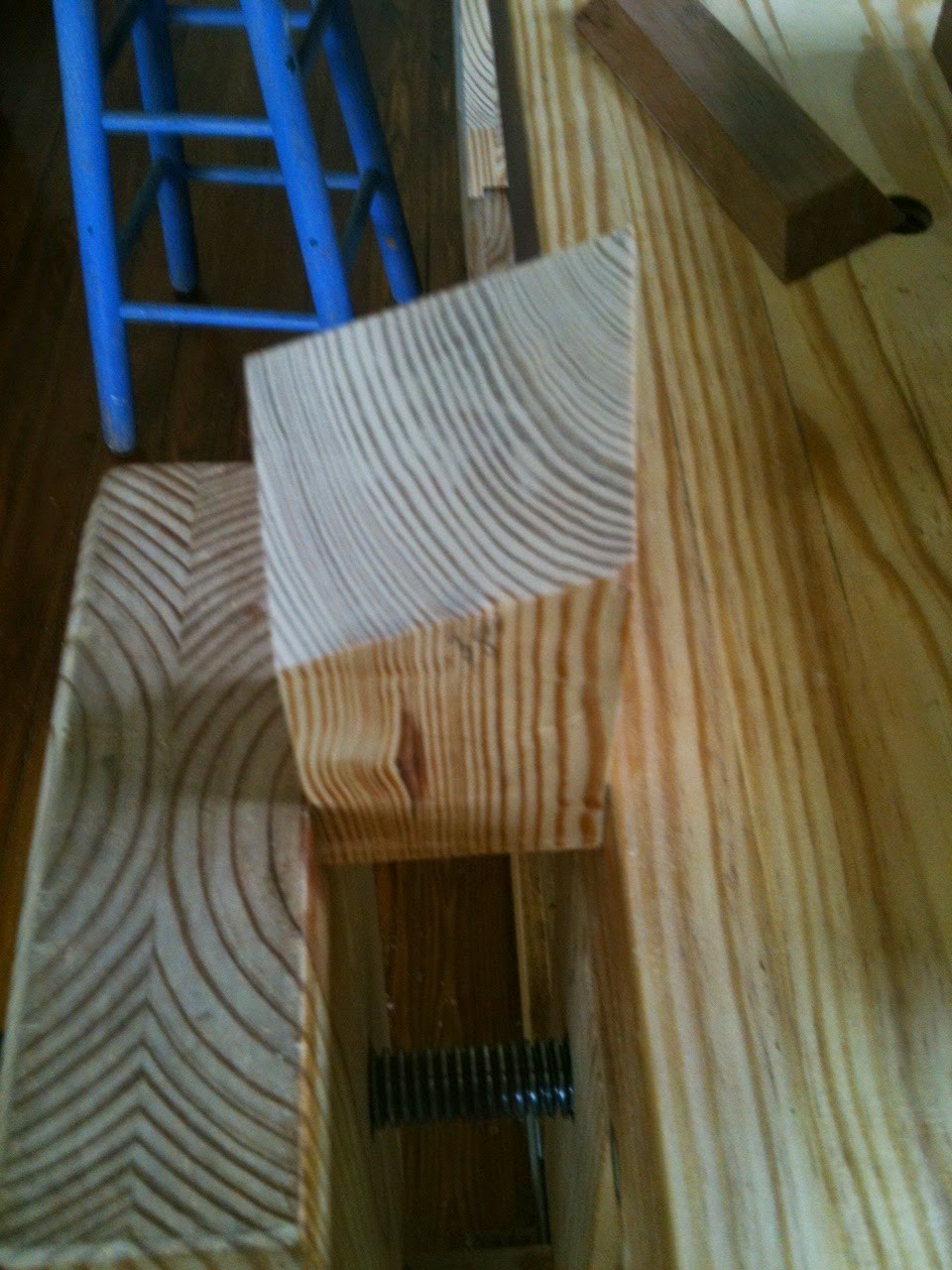 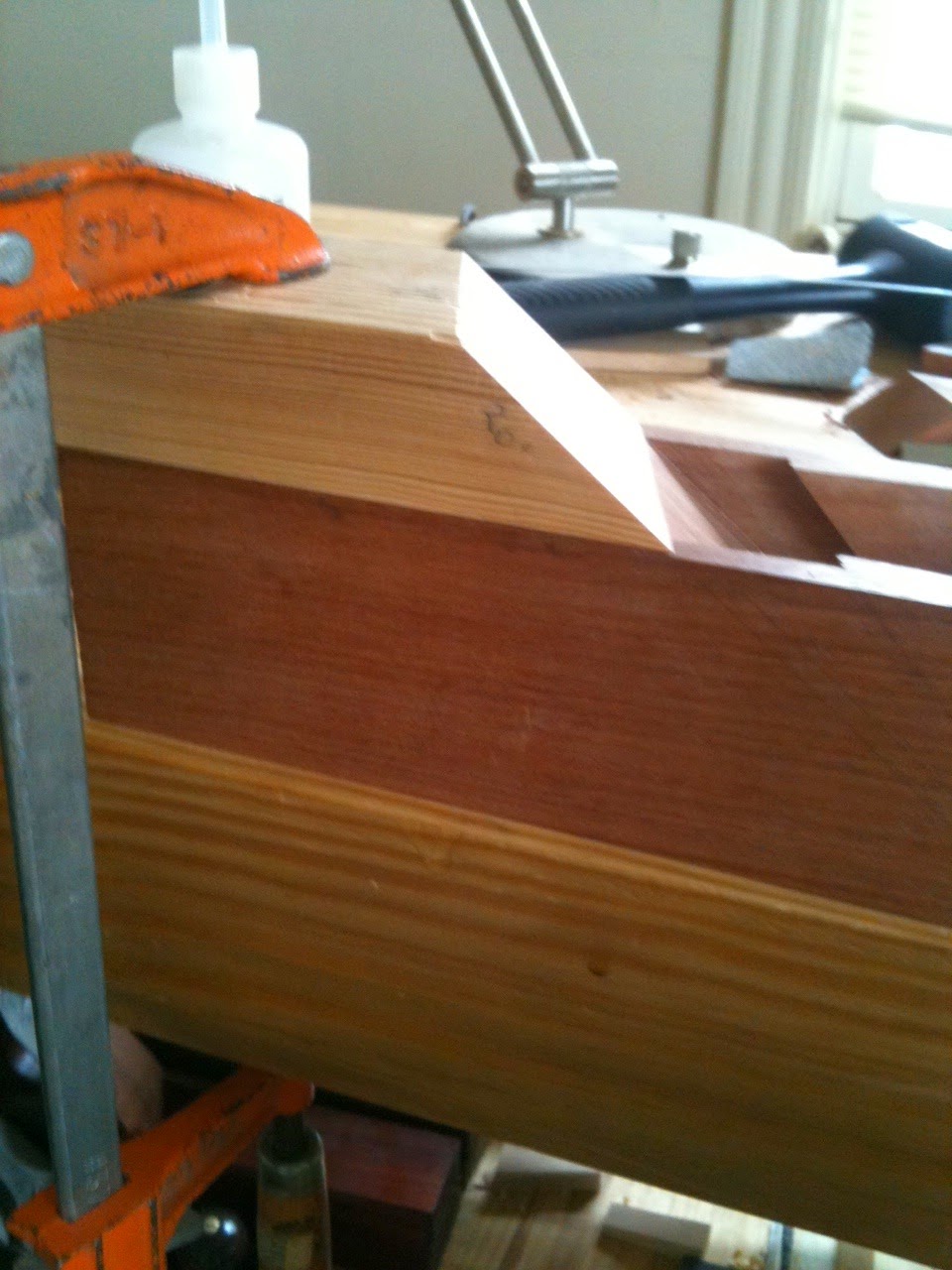 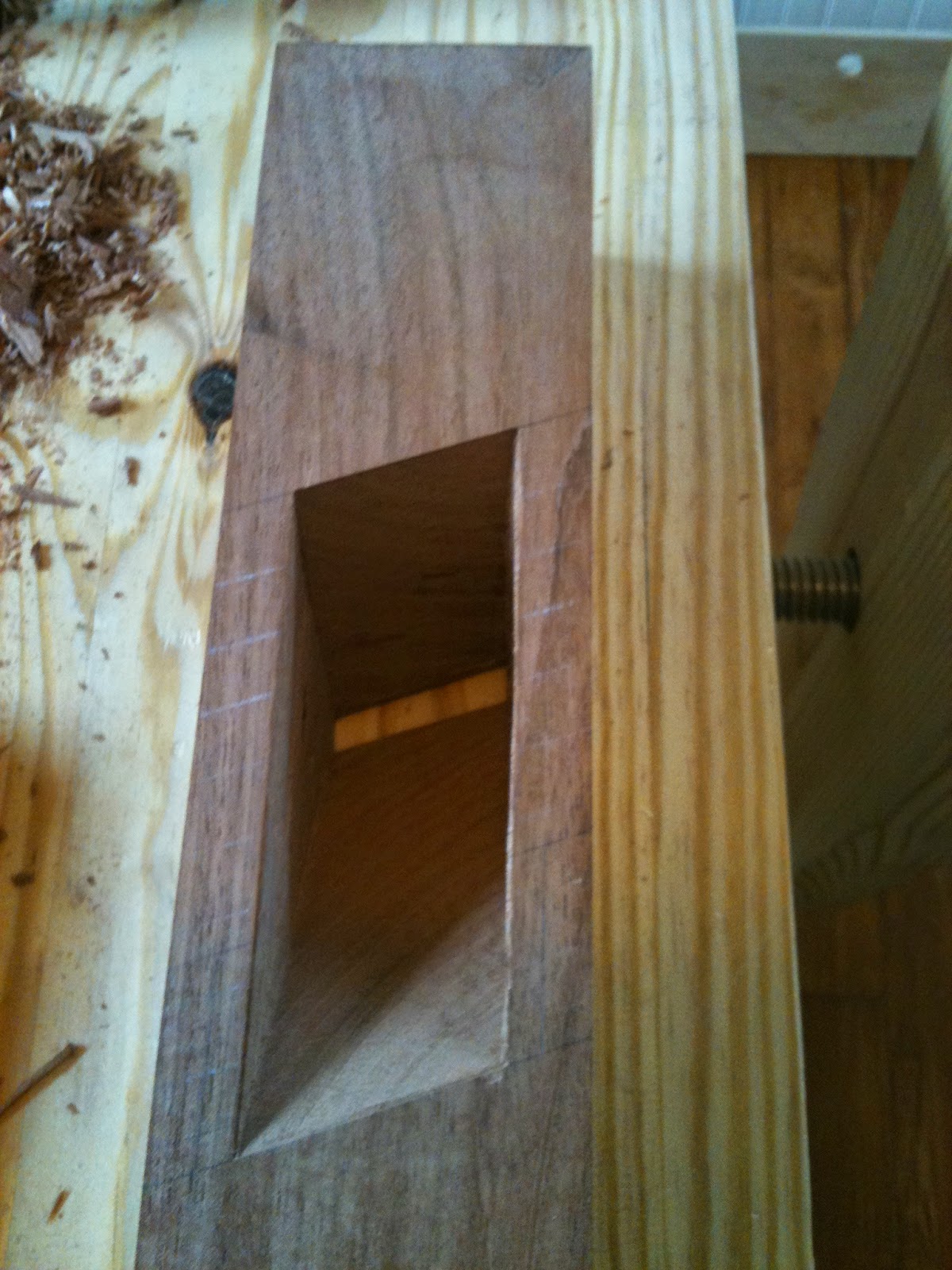 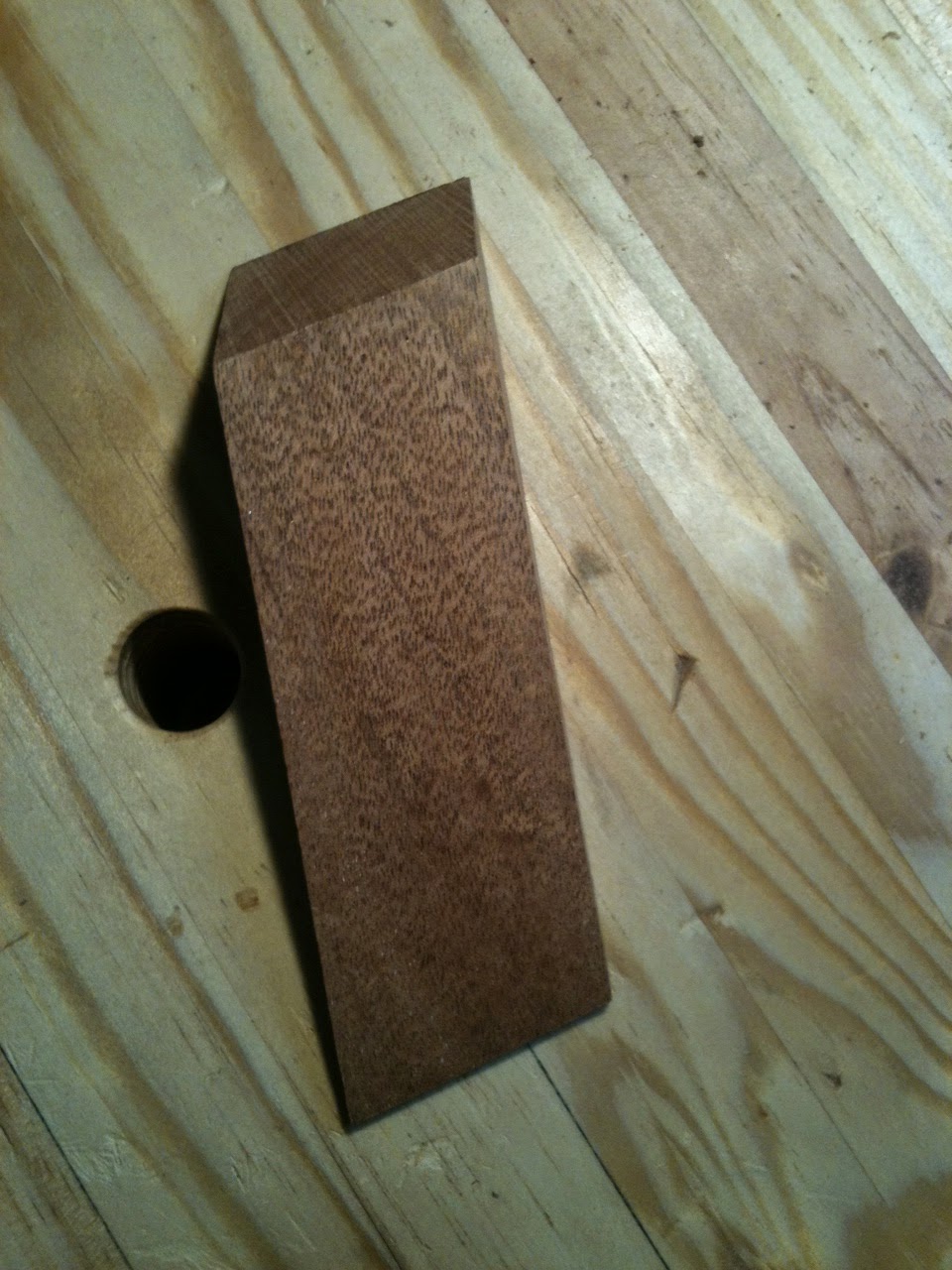 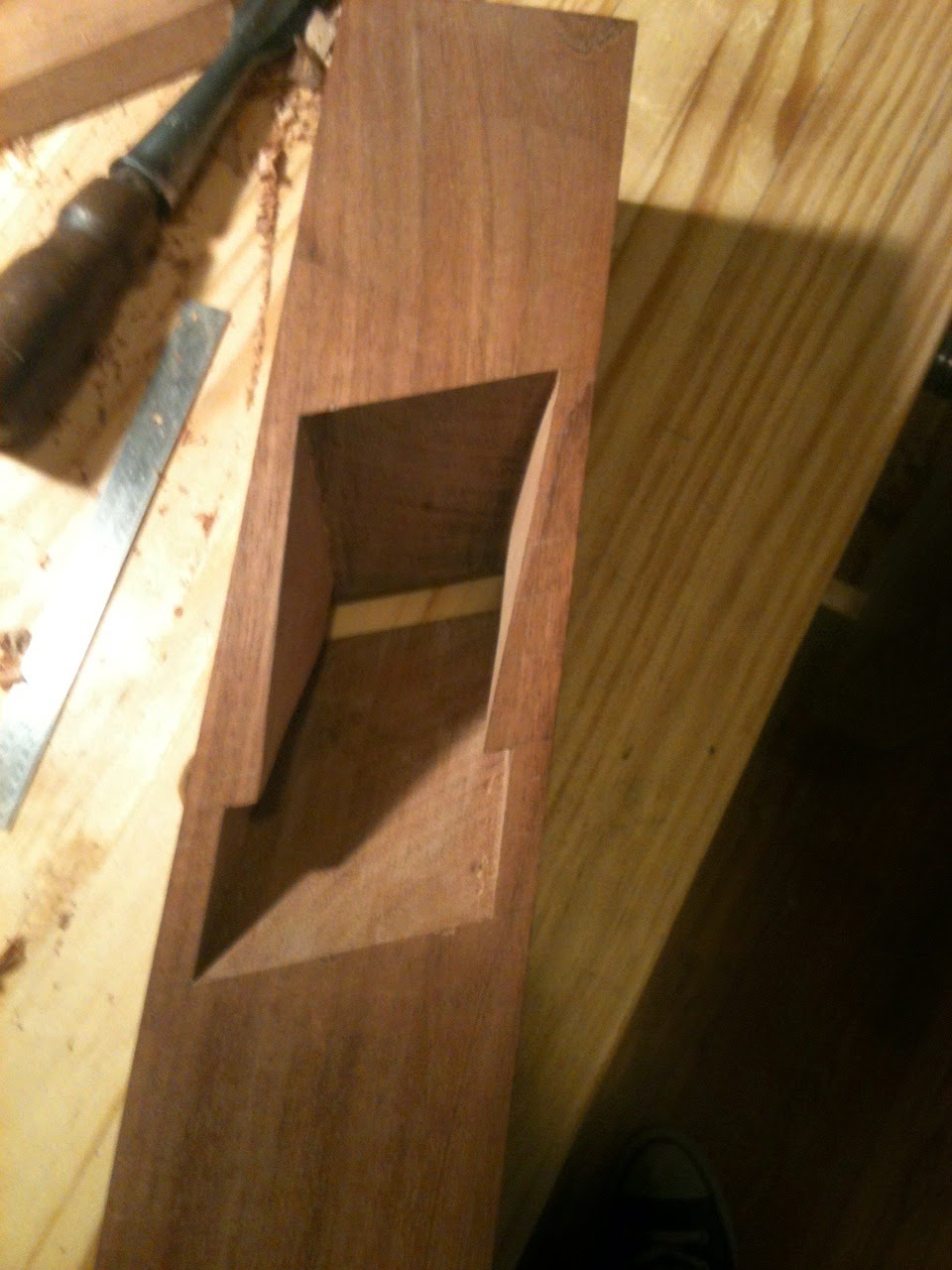 I'm going to try and do a few posts detailing the construction of a skew mitre plane. I've never built such a plane, so it may turn out to be a total bust, but it will be interesting!
First, some details. The plane I have in mind is a low angle plane, primarily meant for use with a shooting board, but also for planing end grain freehand, with the work held in a vise. I've never had a proper shooting plane--my Stanleys aren't square enough, and my wooden planes are all 50° or higher, so not ideal for a dedicated end grain plane.
This plane will be similar to the Old Street strike block plane--it will be about 14" long with a 38° bed angle--but it will also have a 20° skew, which provides a shearing cut on the shooting board. Phil Edwards (Philly planes) makes a model like this, although his looks a bit smaller. And of course, mine will be a lefty model!
So, on to laying out the plane. This isn't really much different from laying out a "normal" plane. I always start by laying out one side. From left to right, we have the bed, the blade, the wedge, and the front of the throat. 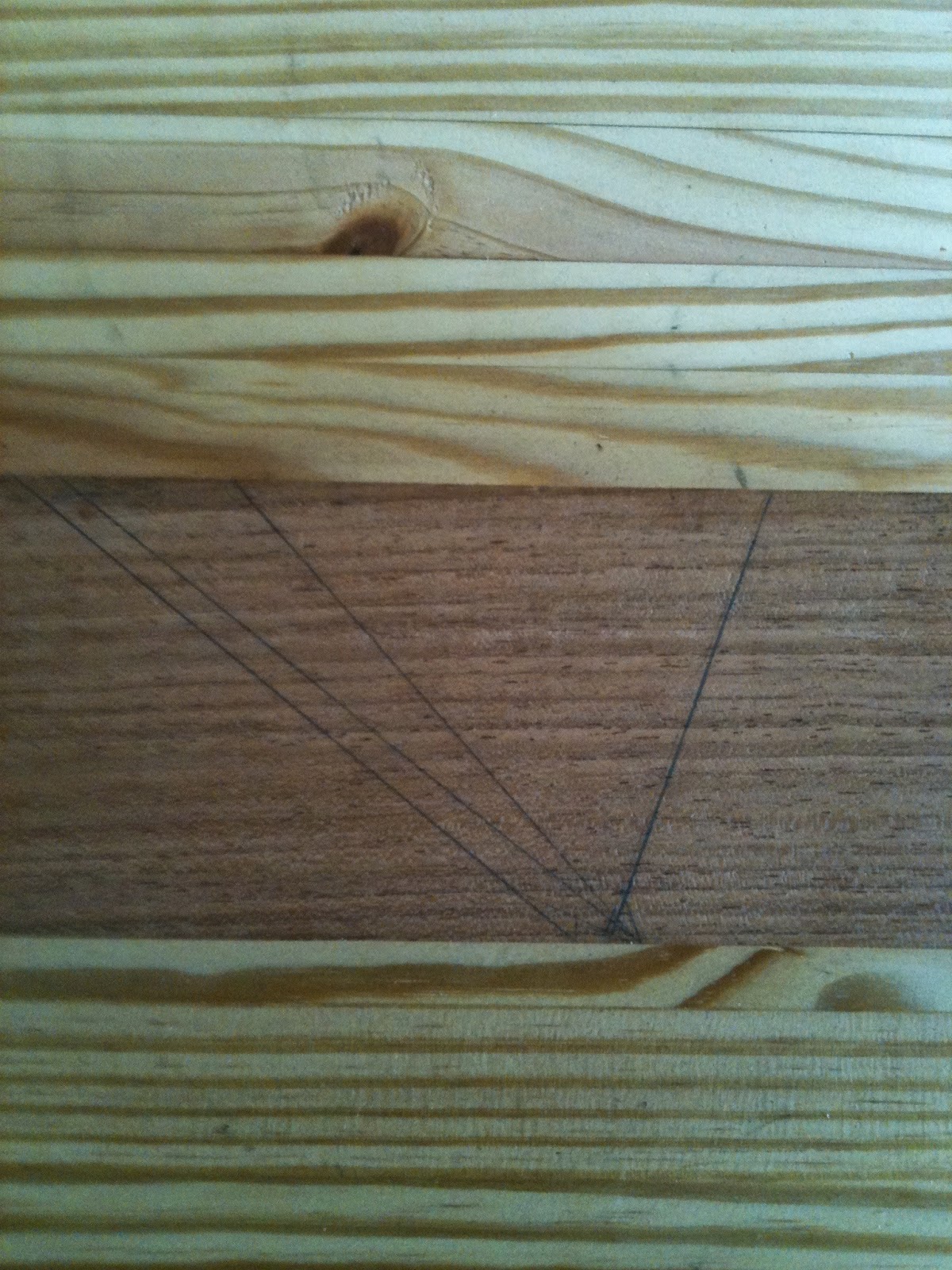 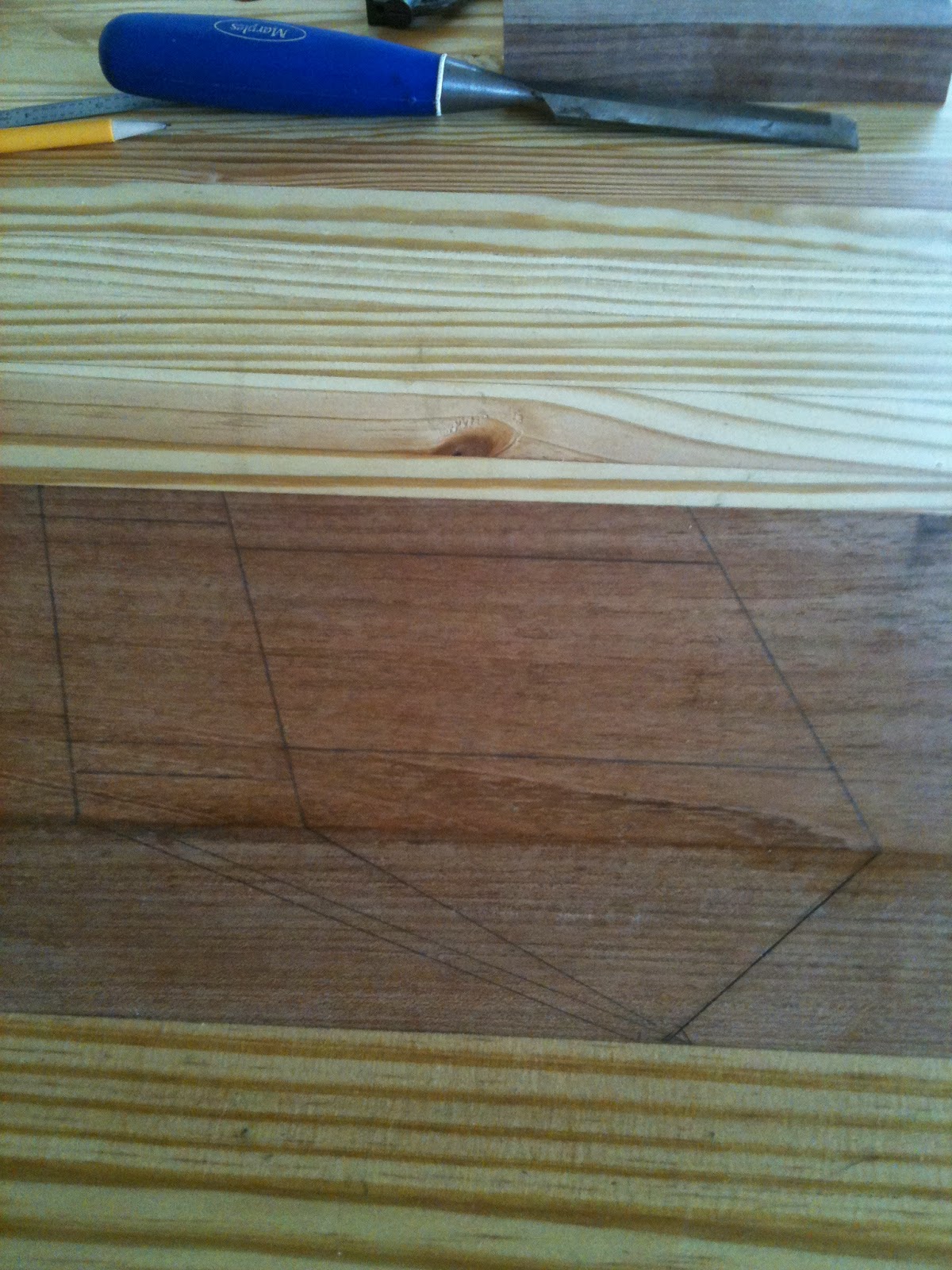 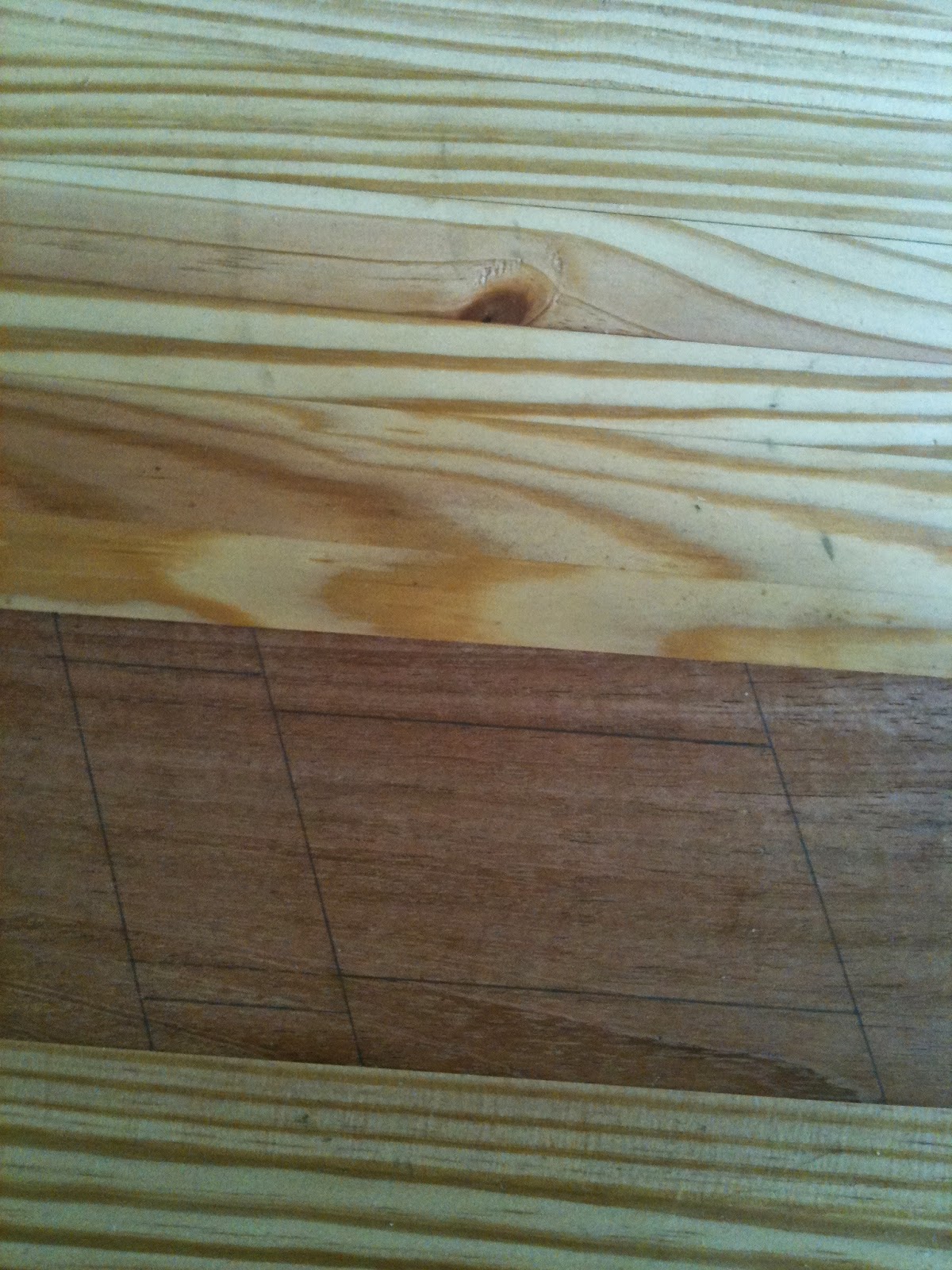 The layout on top isn't quite complete--the throat has to flare out so that it's the same width at the front as at the rear. But that's later. The initial focus is on making a trough that is about 1/2" narrower than the iron.
The final layout task, for now, is to mark some locations for drilling. I scribe a bunch of lines parallel to the skew angle, in white pencil so I don't confuse myself. Then I punch centers for drilling. 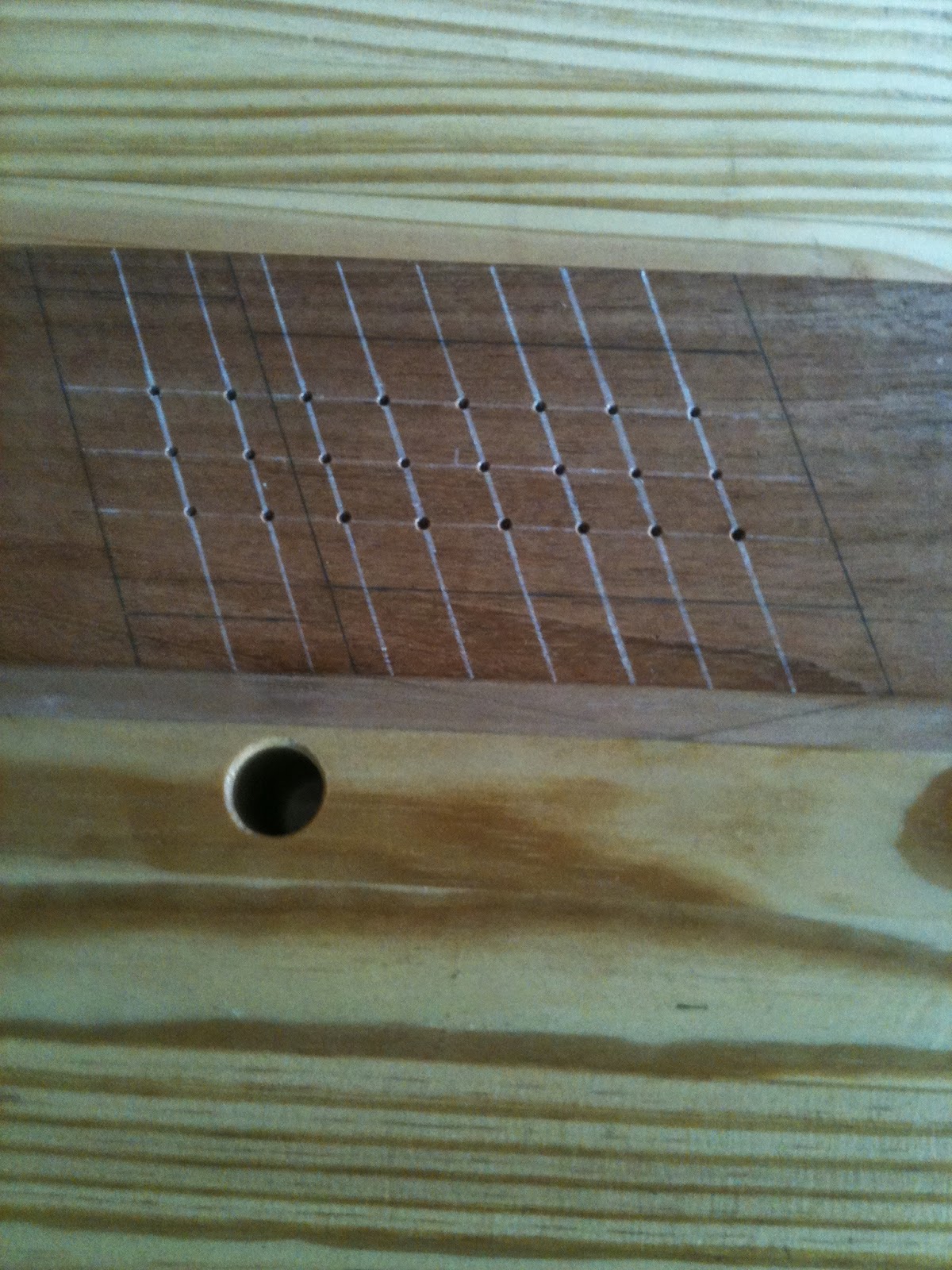 The basic idea is that all points on a white line will have the same final depth, so I can drill 3 holes before I have to change the depth stop on the drill press. This process is time consuming, but makes chopping the mortise a lot easier.