With the chair project on hold for now, I'm going to focus on some other projects. I have a number of furniture items I'd like to build, and I'd really like to increase the amount of hand tool work that goes into each project. So I've decided to build a number of tools that I can use in the shop.
First on the list is a drawer bottom/grooving plane. This is sort of a poor man's plow plane, that cuts a groove of a fixed width. Some people (such as Matt Kenney) make these with now adjustability at all. I think I'd like to at least be able to adjust the distance of the groove from an edge, so I'm going to model my plane on the one in this photo, which uses a fence similar to that on a moving fillister plane.
The first step was to obtain an iron. I contacted Josh Clark of Hyperkitten, who sold me a 1/4" plow plane iron for $5. Next, I ground the sides of the blade so that it was a consistent width (I was originally going to "sneck" the blade at the top, but abandoned that idea). 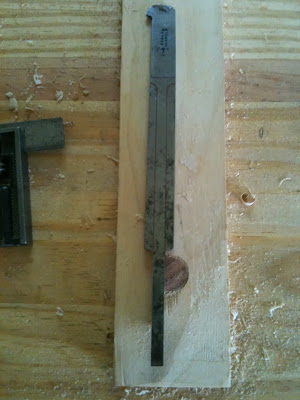 Making the plane was very straightforward. I used some walnut I had on hand, and laminated it to a center section of true lignum vitae. Here's the finished plane: 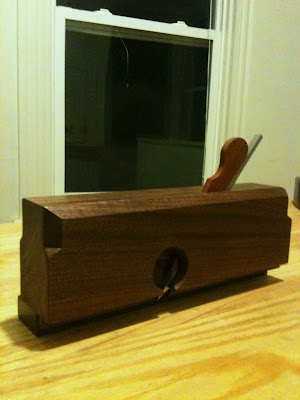 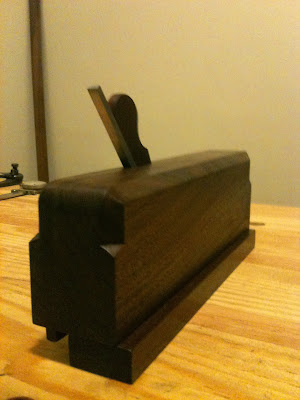 To cut a groove, just adjust the fence with two screws in the bottom, then let 'er rip. The plane works beautifully--the chips spiral out in lovely little curls. 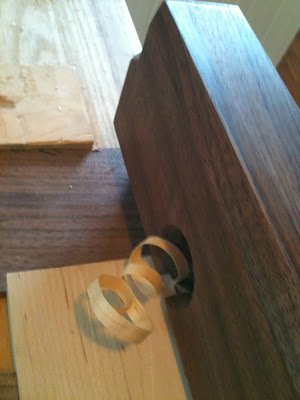 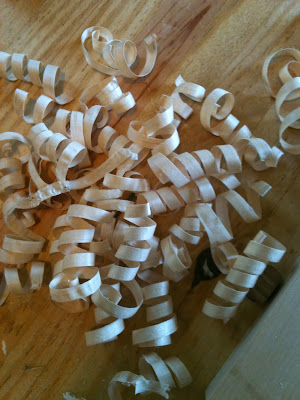 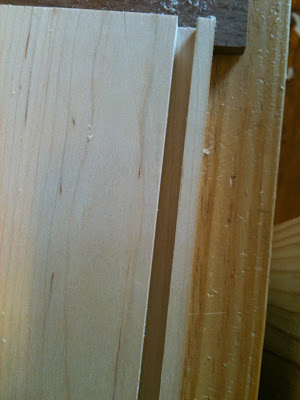 Posted by Steve Voigt at 4:05 PM No comments: