Some Alsatian Tools and Furniture

Recently, my wife and I spent a few days in Alsace. One of the highlights was a trip to the wine village of Mittelbergheim. We were there for the wine and scenery, but there was an unexpected detour when we walked past this sign: 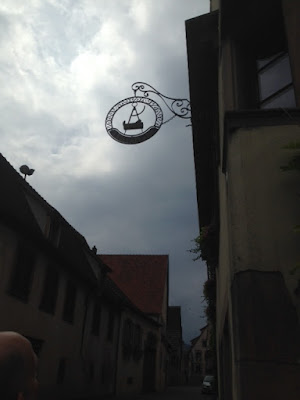 Note the horned plane, symbol of a joiner (or menuiserie in French). We poked our heads in and asked if we could look around. Instead, we got a 40 minute tour of the shop from Henri, the owner (sadly, I did not get a picture of him).

Most of the shop was given over to production power tools (a fact that seemed to sadden Henri--he said it was no fun any more), but there were a few hand tool highlights. Here's an old bench: 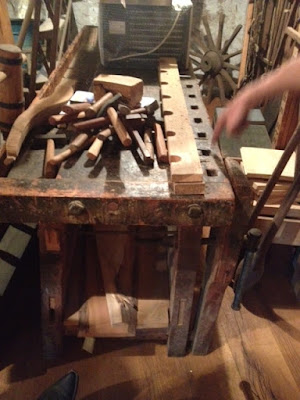 This bench is Continental-style, with recessed base and tool tray, but it has a leg vise, more characteristic of French benches. The other benches in the shop had shoulder vises. When I asked Henri about this, he said "well, we were three times part of Germany."

At one point, I noticed an old horned smoother and asked Henri about it. We briefly discussed handplanes, and a few minutes later, he gave me one! What a wonderful gift! 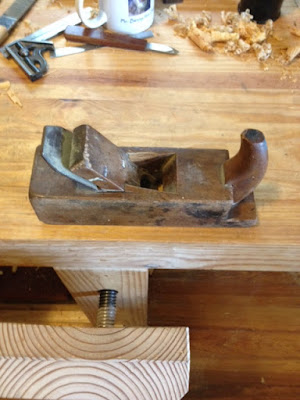 The most interesting thing about this plane is the French-style double iron, which uses a complicated screw mechanism to regulate the distance between chipbreaker and iron. I've seen pictures of these irons, but never expected to own one. 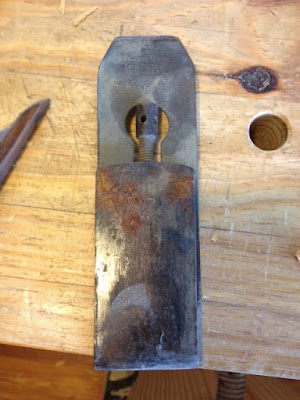 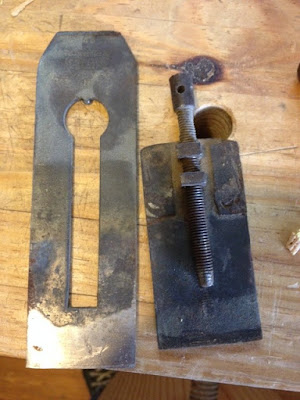 The same family also ran a cabinet-making shop (or ebenisterie). They sold very stylish modern furniture. I quite like this chair: 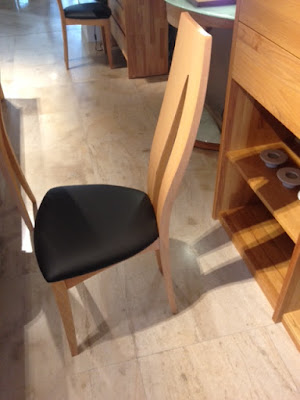 They also had a small museum dedicated to traditional tools. Most interesting were four display boards of various hand tools. First, menuiserie: 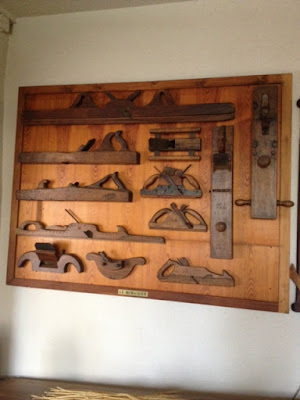 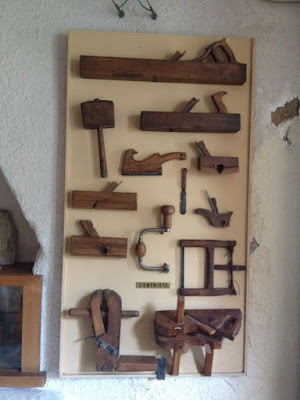 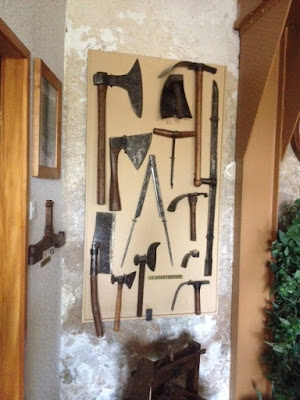 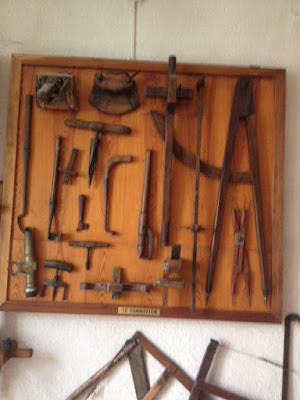 There was a great wheel lathe: 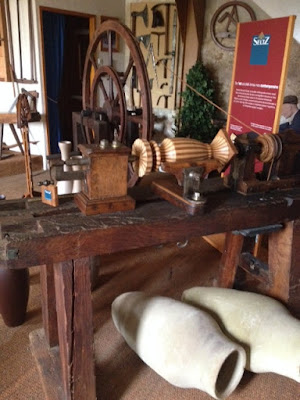 And an enormous cooper's plane. 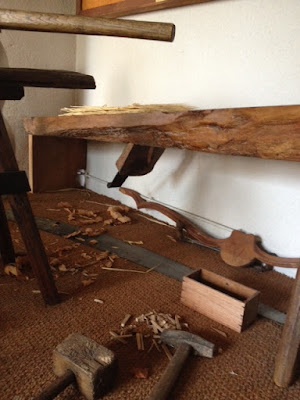 The cutting iron of the cooper's plane was huge, more than 6" wide (my shoe conveniently shows the scale). 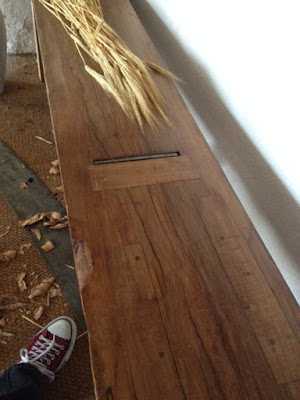 Finally, here's a Rouboesque frame saw, with sister-in-law and wife: 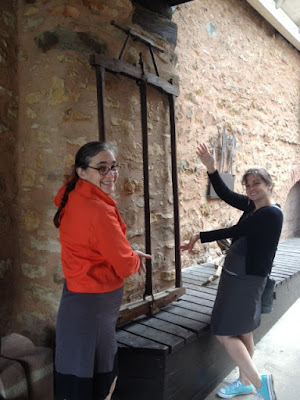 While visiting several of the town's wineries, I noticed that they all had the same style of chairs. Apparently, these are traditional Alsatian chairs. 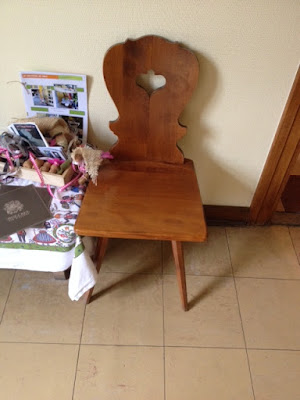 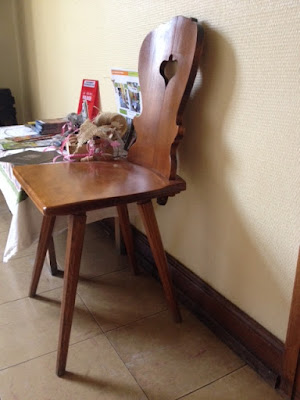 What is really interesting about these is the joinery. Christopher Schwarz has recently written about the use of sliding dovetail battens in medieval furniture. These chairs combine the battens with a wedged tenons to secure the back to the seat. 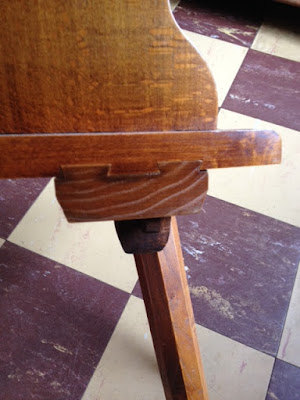 The tenon on the bottom of the chair back goes through both the seat and the sliding battens, and is wedged in place with a key. 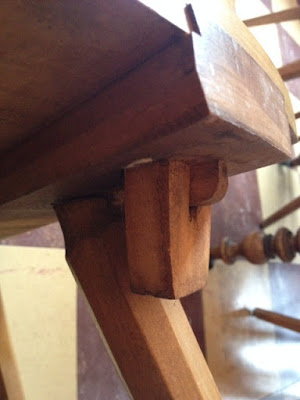 All in all, it was a pretty fascinating day. And the wine was yummy too!
Posted by Steve Voigt at 8:07 AM