My Fanback Turned into a Birdcage!

Recently one of my favorite bloggers, D.B. Laney, posted a "gallery of unfinished work"--piles of unfinished tables and chairs. When I saw that, I didn't feel quite so bad about my unfinished chair(s), which have been collecting dust for quite a while, due to my obsession with building traditional handplanes. But I recently got off my duff and managed to get one of the chairs glued up.

Originally, I planned to build a sort of Modernist fanback Windsor, along the lines of Nakashima's New Chair or Moser's Eastward chair. But after I mocked up the chair (seen in this post), I was pretty underwhelmed with the result. I hemmed and hawed and thought it over for weeks, and then I finally did something radical: I ripped my crest rail into two halves and made a Modernist birdcage Windsor instead. Haven't put any finish on it yet, but here it is, all glued up: 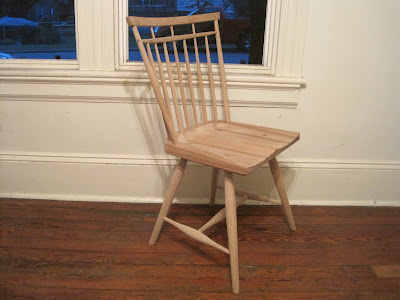 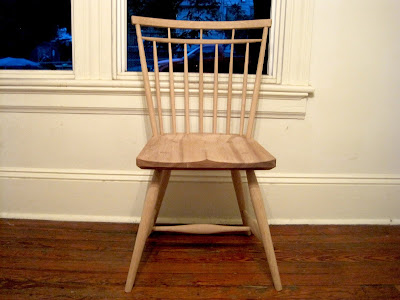 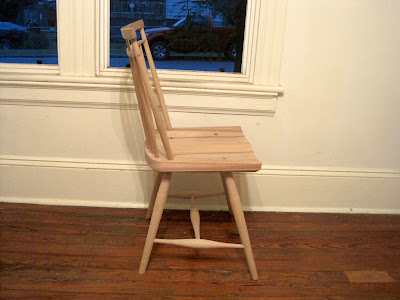 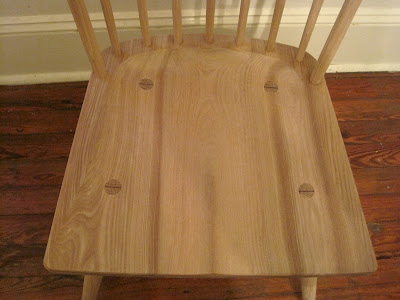 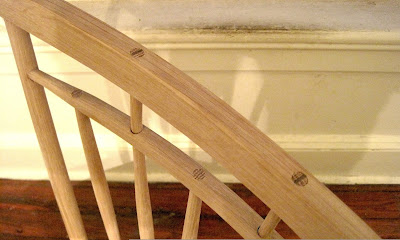 Darn it, something got in the way in this picture! 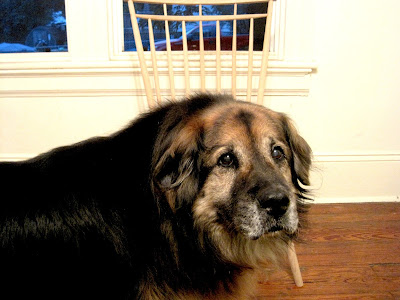 I'm viewing this chair as a prototype--I want to make some changes for the next one. The biggest change will be to add an inch between the two crest rails. Also, the stretcher tenons have shoulders, and I hate those, so I'll get rid of them. There are a few other minor changes as well. But overall, I'm pretty satisfied.

Now I need to figure out what to finish the chair with. I'll have to mull that over for a while…